Is the ‘Fight or Flight response’ crashing your body?

Have you ever seen an animal on the verge of being attacked, running or flying away fast, then when the danger is over, shaking it off and getting on with the business of life?

They have this ‘fight or flight’ thing mastered!

They do not let it affect their bodies after the event as they have a natural ability to shake it off!

Our natural response to fear and stress has come from this automatic program in our bodies that used to save us in times when dinosaurs were after us, or big bears, or the safety of our family was in our hands and we had to protect the cave.

The fight-or-flight response (also called hyperarousal, or the acute stress response) is a physiological reaction that occurs in response to a perceived harmful event, attack, or threat to survival. It was first described by Walter Bradford Cannon.

In response to acute stress, the body’s sympathetic nervous system is activated due to the sudden release of hormones. … The fight-or-flight response is also known as the acute stress response. Essentially, the response prepares the body to either fight or flee the threat.

These days, we dont have to ward off dangerous creatures (well some people may still have to!) but we do have an equally as dangerous aspect to our lives that creates this response in our bodies all to often.

For many people in the world today, their stressful lives keep them in this fight or flight response and they may not even know it.

So what happens when this response kicks in? Well, all of our energetic and body focus is on running or fighting. The parts of the body that do not need to participate in these responses are shut down or slowed down so that the focus is where it is needed.

For instance, when a deer is running from the lion, the focus is on the speed his legs can go to avoid danger. His other organs and functions are not so important so their use is slowed down. Once danger is averted, the organs and others body parts and functions all go back to normal and the creature functions as a whole again.

But what happens to us as humans when we are constantly stressed and feeling fearful?

Our health suffers and we may not even be aware until its too late and we find out there is an incurable or unstoppable dis-ease or ‘malfunction’ going on inside of us. 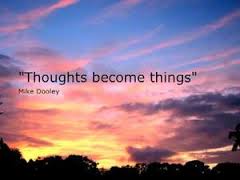 My body has been acting up for some time now and despite investigating many avenues, I was at a loss as to the cause of it.

That was, until now.

It dawned on me that I have been in fight or flight mode more often than not recently.

I have been running from many old fears that are coming to the surface as I expand consciousness and awareness in my life, career and passions. Rather than look at them and dissolve them, I seem to turn away from them while still holding the old fears and hurts in my body.

My muscles and joints are being affected. My brain decides it does not want any more information in it and stops absorbing, while at the same time deciding not to remember much either! My zest for life wanes as I shut down any new experiences fearing they will be like the ones in my memory bank that I am running from.

What a discovery this was for me. It explains so much! And I never even imagined I was in constant stress or ‘fight or flight‘ mode as I consider myself quite calm and unstressed!

But here’s the thing. The stress is all taking place internally and for me, it was unnoticeable for some time.

Finding ways to improve my health issues over the last few months has been a blessing though as I have discovered so many amazing treatments and herbs and energy healings I wasnt even aware of! But now that I know the root cause of many of these ailments, I can change it at a deeper level rather than bandaiding or slowing down the declines.

So, what is the answer here?

Well, stop running from the old fears that arise or fighting against them!

Interestingly, I teach and also believe that to accept and see something for what it is and then let it go is the way to move forward from any old belief. It is in the acknowledgment that we change our perspective.

And the other important thing to remember here (and Im saying this to myself too!) is that we create our experience and when old beliefs and fears show up it is because we have called them to do so, in order to move past them. They will show up in the people and circumstances that appear in our reality, without question.

We need to be the duck, the deer and the cat- and SHAKE IT OFF!

Letting our bodies be the guide, we will be able to notice when we are in response mode to stress and fears.

Here is an exercise that will help you to take your energy and calm back:

You will find that after a while of doing this daily, your body will automatically release the fears rather than holding on to them and you will notice more quickly where and when the triggers happen for you.

You will shake it off daily and be free to graze in the field of life, free from any perceived danger!

The fight or flight response in our bodies certainly can save us in times of danger but it can also create havoc in our bodies when a prolonged response is allowed to carry on.

I hope this will help you, as it has helped me, in restoring calm and peace back to every part of your body and mind.

And remember, its as easy as shaking it off sometimes!

Trish Rock is a Modern Day Intuitive, Psychic, Speaker and Author with a passion for helping people step into the Light of their own Heart.

She intuitively guides people by connecting with Spirit and with the use of Tarot, Oracle and Numerology as well as using the colours of the Chakra System energy to help you live a life of fun, happiness, prosperity and purpose.

Trish is an Angelic Reiki healer, Kundalini Reiki Master, holds a certificate in Holistic Health and WellBeing and Meditation and Post Grad in Brain Body Medicine. 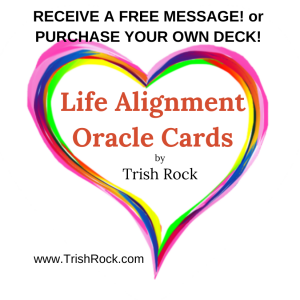